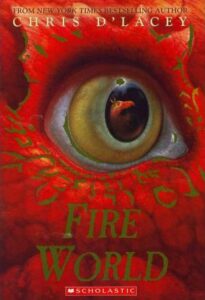 David and the dragons are back in the sixth installment in the New York Times bestselling Last Dragon Chronicles!After destroying a trace of dark fire, David, Zanna, and the Pennykettle dragons vanished. In a brand-new world, Co: per: nica, which runs parallel to that of Crescent Lane, firebirds roam the ancient librarium, a museum for books. But when 12-year-old David and Rosanna accidentally injure one of the firebirds, they are suddenly thrust into a remarkable adventure. The evil Ix have taken over one of the firebirds, turning it to the side of darkness, but the birds have a secret: They know about the existence of dragons. And from across the universe, one may come to their aid…. Don’t miss Chris d’Lacey’s addition to his rich dragon mythology in his next series, The Erth Dragons!