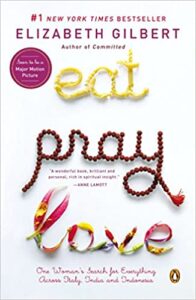 Thomas Bernhard, one of the most distinct, celebrated, and perverse of 20th century writers, took his own life in 1989. Perhaps the greatest Austrian writer of the 20th century, Bernhard’s vision in novels like Woodcutters was relentlessly bleak and comically nihilistic. His prose is torrential and his style unmistakable. Bernhard is the missing link between Kafka, Beckett, Michel Houellebecq and Lars von Trier; without Bernhard, the literature of alienation and self-contempt would be bereft of its great practitioner.
Woodcutters is widely recognised as his masterpiece. Over the course of a few hours, following a performance of Ibsen’s The Wild Duck, we are in the company of the Auersbergers, and our narrator, who never once leaves the relative comfort of his ‘wing-backed chair’ where he sips at a glass of champagne. As they anticipate the arrival of the star actor, and the commencement of dinner, the narrator of Woodcutters dismantles the hollow pretentiousness at the heart of the Austrian bourgeoisie. The effect is devastating; the horror only redeemed by the humour.