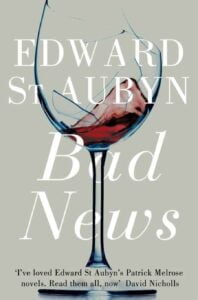 Twenty-two years old and in the grip of a massive addiction, Patrick Melrose is forced to fly to New York to collect his father’s ashes. Over the course of a weekend, Patrick’s remorseless search for drugs on the avenues of Manhattan, haunted by old acquaintances and insistent inner voices, sends him into a nightmarish spiral. Alone in his room at the Pierre Hotel, he pushes body and mind to the very edge – desperate always to stay one step ahead of his rapidly encroaching past.

Bad News was originally published, along with Never Mind and Some Hope, as part of a three book omnibus also called Some Hope.