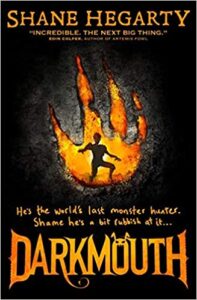 For generations, Finn’s family has protected Darkmouth from the fierce magical creatures known as Legends. Now the Legends are plotting a major attack, and it’s Finn’s turn to defend his hometown. So it’s too bad he’s the worst Legend Hunter in history.