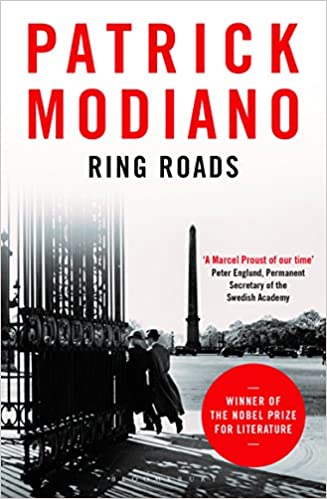 Ring Roads, for which Modiano was awarded the French Academy’s Grand Prix du Roman (1972), is the story of a young Jew, Serge, in search of his father, Chalva, who disappeared from his life ten years earlier. He finds him trying to survive the war years in the unlikely company of black marketeers, anti-Semites and prostitutes, putting his meagre and not entirely orthodox business skills at the service of those who have no interest in him or his survival.

Ring Roads is a brilliant, almost hallucinatory evocation of the uneasy, corrupt years of the Occupation and like The Night Watch is both cruel and tender – savage in its depiction of the anti-Semitic newspaper editor, the bullying ex-Foreign Legionnaire and the former prostitute, who treat Chalva with ever more threatening contempt; tender in its attempt to understand and identify with the Jew who cannot see the danger he courts.