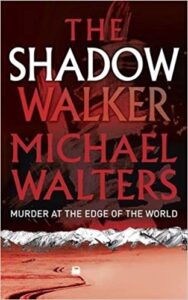 Set in a country struggling to come to terms with the legacy of its past and the promise of its future, The Shadow Walker is a gripping thriller that introduces Inspector Nergui of the Mongolian Serious Crime squad. As winter’s first snow falls on Ulan Baatar, the mutilated body of a British geologist is found in the city’s most expensive hotel, apparently the fourth victim of a serial killer. With political pressure to solve the crimes mounting, Negrui, ex-head of the Serious Crime Squad, is ordered back to his former role, building an uneasy working relationship with his successor and protege, Doripalam, and with Drew McLeish, a senior British CID officer sent out to support the investigation. But the murders continue – leading the officers through the disused factories of the decaying city, out on to the steppes among nomadic herdsmen and illegal gold prospectors, and down into the barren landscapes of the Gobi. And then McLeish himself is kidnapped. With political tensions mounting and time draining away, Nergui and Doripalam piece together a case that encompasses both personal tragedy and shadowy commercial interests in Mongolia’s vast mineral and energy reserves. And, finally, in a long-abandoned warehouse amongst the decaying Soviet-era factories of Ulan Baatar, Nergui comes face to face with the only figure who can bring the story to its shattering conclusion.