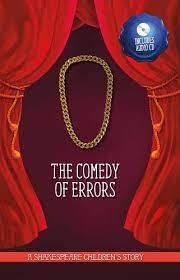 This is one of the earliest plays written by William Shakespeare. It revolves around two sets of identical twins that were separated at birth. Years later, fate brings them to the same city, and this unleashes the drama caused by mistaken identities. Also available as part of a 20 book set, including Romeo and Juliet, Hamlet, The Tragedy of Macbeth, A Midsummer Night’s Dream, A Winter’s Tale, The Taming of the Shrew, The Tempest, Twelfth Night, Timon of Athens, The Two Gentlemen of Verona, The Merchant of Venice, Othello, Much Ado About Nothing, King Lear, Julius Caesar, Cymbeline, The Comedy of Errors, As You Like It, Anthony and Cleopatra and All’s Well That Ends Well.