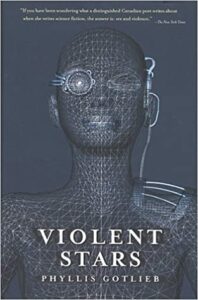 An interstellar alien corporation run by aliens was thwarted in its plans to exploit genetically altered slaves. Now, in an attempt to keep it’s case from ever coming to court, a judge is murdered on Khagodis–the planet where the amphibious human slaves were first bred–and the man who first broke the slave ring must find a way to bring these villains to justice.