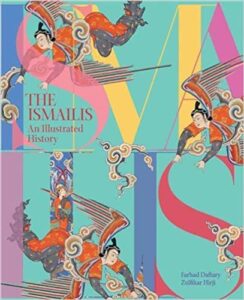 The Ismailis: An Illustrated History

The Ismailis are a geographically, linguistically and ethnically diverse Shi’a Muslim community – the second largest in the world. Scattered in more than twenty countries of Asia, Africa, Europe and North America, they are currently led by their 49th Imam, His Highness the Aga Khan. In four chapters this book traces their history, within the wider context of Islamic history and the world in general, over the better part of fourteen hundred years. Each chapter is fully illustrated and accompanied by relevant maps and diagrams such as genealogical charts. The book has more than 300 illustrations, most in colour, consisting of images from illustrated manuscripts, artefacts, architecture, community documents, as well as important historical and contemporary photographs of members of the Ismaili community (many from private collections and archives) and the varied geographical contexts in which they live. A chronology of key events, a glossary of important terms, and a bibliography are also provided.
Farhad Daftary is head of the Department of Academic Research and Publications and Associate Director at The Institute of Ismaili Studies, London. An authority in Ismaili studies, his publications include A Short History of the Ismailis(1998), The Assassin Legends: Myths of the Ismailis (1994), and Ismaili Literature (2004). Dr Daftary’s books have been translated into Arabic, Persian, Turkish, Urdu and numerous European languages. Zulfikar Hirji is Assistant Professor of Anthropology at York University, Toronto. He is the editor of Muslim Plurality and Pluralism (2008), the author of Moving Subjects, Shifting Paradigms: Multi-sited Ethnography and Indian Ocean Communities (forthcoming), and has articles in journals including ‘Anthropology of the Middle East’, ‘Sociologus’, and books including Textiles in Indian Ocean Societies (2005), Modern Ismaili Communities (2008).